The day before I flew out of Australia the Solar-powered airplane landed in Hawaii after a record-breaking 5 day flight from Japan.

When I heard this news I knew that I wanted to see this plane while I was in Hawaii.

The Solar Impulse 2, a solar-powered airplane, landed at the Kalaeloa Airport, Friday July 3, 2015, in Kapolei, Hawaii after a record-breaking five-day journey across the Pacific Ocean from Japan.  The trans-Pacific leg was the riskiest of the plane’s global travels as there was nowhere for it to land in an emergency 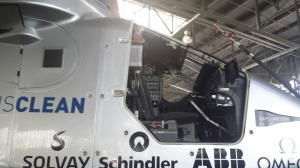 The plane, piloted by Andre Borschberg, is attempting to fly around the world without fuel.  Instead, its wings are equipped with 17,000 solar cells that power propellers and charge batteries. The plane runs on stored energy at night.

Pilots Andre Borschberg and Bertrand Piccard have been taking turns flying the plane on an around-the-world trip since taking off from Abu Dhabi in March. After Hawaii, the plane will head to Phoenix and then New York

When my friends met me at Honolulu airport I asked them if they would be interested to see the Solar Impulse. Of course they would. Doug is a pilot with the cival air patrol in Hawaii and knew exactly where this plane was while it is in Hawaii.

Early the following morning we left the house to see the plane. July 5th was the first day it was being open to the public. We arrived before 9am when the display was to open. We were so surprised to see that there were already about 1000 people lined up waiting for it to open. So, we joined the line. 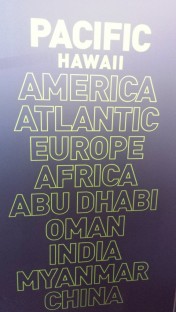 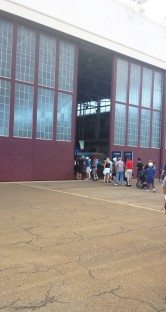 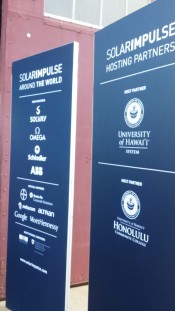 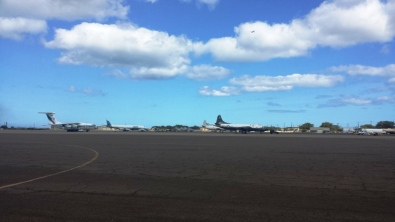 We did not need to wait long. The authorities let in about 100 people at a time. So we were in and back out again in about  45 minutes with plenty of time in the hangar to enjoy the entire presentation. The display was so much more than we expected. There was music, posters, banners, presentations and THE PLANE.  It was so well done. 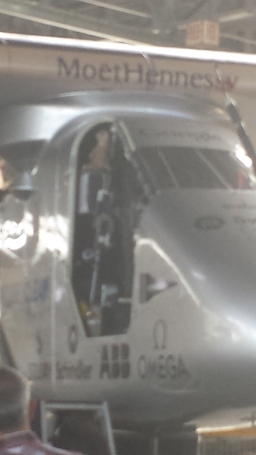 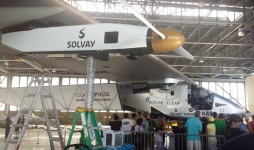 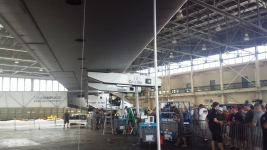