When I was booking our cruise from Vancouver to Seward, Alaska, I knew that the excursion that I wanted to do from Skagway was the coach trip up to Fraser and then the White Pass railway from Fraser back to Skagway.

It was not just for the scenery (which was incredible) it was also for the history. We booked this bus tour and train ride with Chilkoots Charters and Tours. 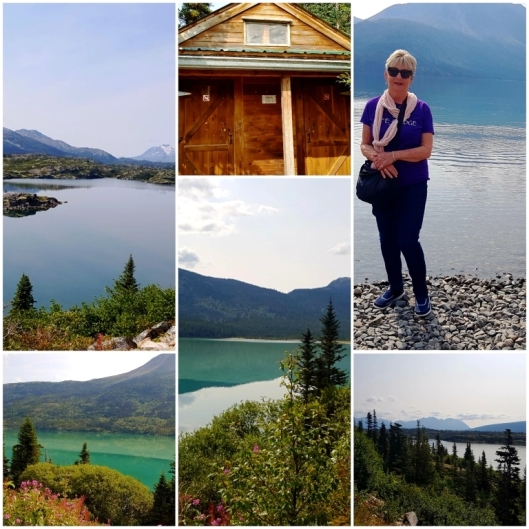 After disembarking from the ship we were directed to the waiting area where the bus would pick us up. It was not a long wait at all and the coach trip was fantastic. We had a fun, interesting and helpful coach driver who made sure that we had the best time.

We stopped many times along the way for wonderful photo opportunities and passed by many lakes. We stopped for lunch at Cariboo crossing. We then spent time at Carcross before heading to Fraser where we connected with the Scenic train for our wonderful train trip back to Skagway. 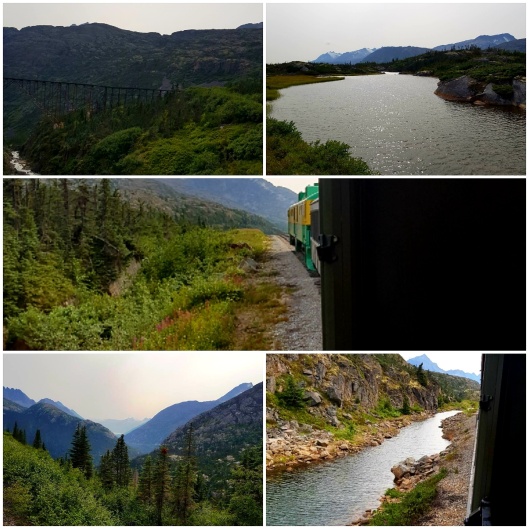 This excellent tour with amazing views was Spectacular. Heralded as one of the most scenic rail journeys in the world, this trip did not disappoint me. We experienced the spectacular views of the unbelievable trail that early gold rushers made by foot to the gold fields in the Yukon.

The train ride down was thrilling. Perhaps it was better that you could not always see how close you were to the edges of the mountains or the river passes so far below. The two tunnels and wooden overpasses are stunning and a feat of engineering you can not imagine, given when they were built. 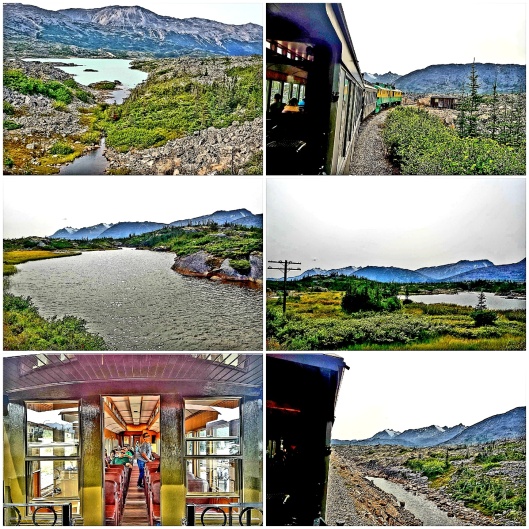 The joys of the excursion are many: including riding a heritage train, beautiful scenery, and lots of frontier history. There are gorgeous photo opportunities at every bend in the tracks. Each train car has a toilet at one end and complimentary water at the other. I spent a good part of the train trip down to Skagway standing on some of the outside platforms enjoying the stunning views and taking dozens of photos. It was just the most fun day. 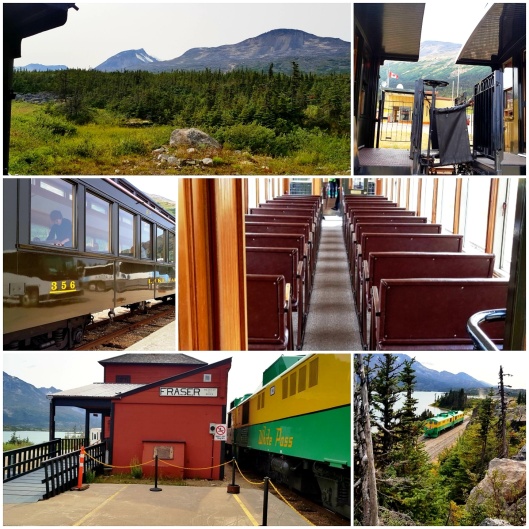 This spectacular railroad was built thanks to the Klondike Gold Rush as a means of getting prospectors to the goldfields. With its completion in 1900, the train served commercial interests until 1982. Apparently its narrow-gauge track was necessary due to the steep grade of the slope and very tight corners. The railroad later reopened as a heritage railway, which now services tourists and tourists only. The trip is so fun and the vistas so stunning that it is hard to keep in mind all who died traversing White Pass (or Dead Horse Trail as it is also known). 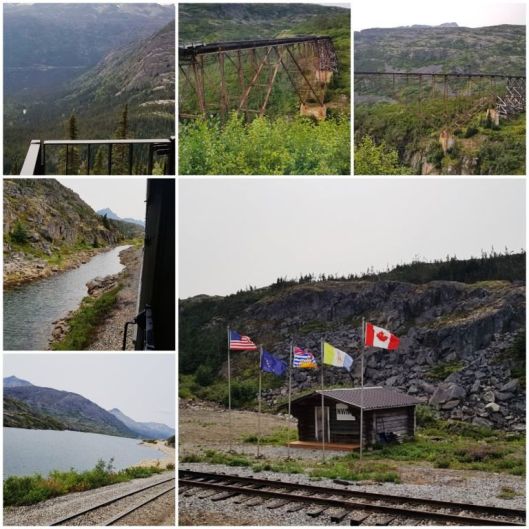 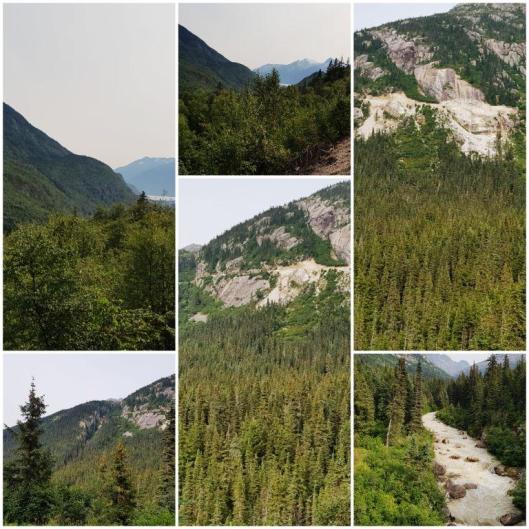 We arrived back in Skagway about 5pm giving me enough time to pop in to the Bonanza Bar and Grill for a glass of vino and use of their Wi-Fi.

This amazing day, with the coach trip up the mountains, the spectacular train ride with its glorious views and the many stops along the way was just outstanding. For me, it was Unforgettable.