We drove from the summit of Kilauea to the sea. 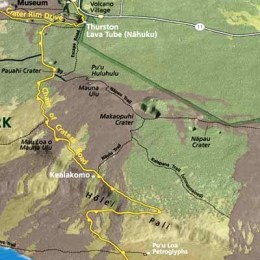 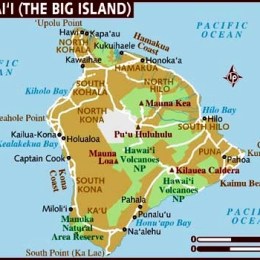 Chain of Craters Road which is a 19 mile/30km winding paved road is located within Volcanoes National Park. Driving along this long well paved road just shows you the devastation that a lava flow leaves behind. It’s amazing to see the scenery and be able to stop at many places along the road to take photos that is if you don’t get blown away with the strong wind. There were times that it was almost impossible to hold my camera still enough to take a photo.

The road starts up at a high elevation and you drive all the way down to the ocean. It is an amazing experience to see Mother Nature (and Pele) at her best. When we departed from our cabin in Kilauea Military Camp it was about 9 degrees C and when we arrived at the end of the road it was about 25 degrees C. The change in altitude made such a difference to the temperature and the changing landscape was incredible. The following week after we were in Volcanoes National Park, it snowed.

This road has had parts covered by lava several times due to eruptions of the Kilauea Volcano. 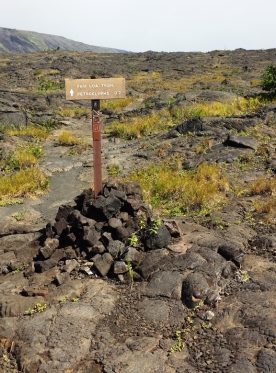 You can’t get lost; it’s a single, two-lane road from the “top” of the park to the “bottom.” The highlights are all well-signed. You decide whether you want to merely take a photo from the car, or walk to explore. There are many trails leading into many different areas. This entire area is hauntingly beautiful and different from almost anywhere else on earth.  It felt like we were driving on the moon. But then when we stopped at many lookouts along the way I started to feel that I was on top of a very large dark chocolate brownie. 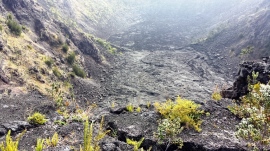 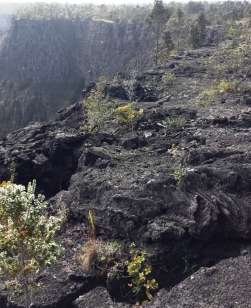 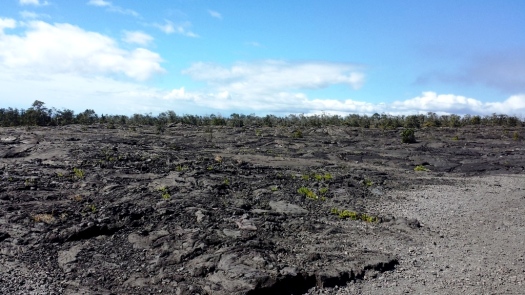 Before heading off, we stopped at the visitors centre. There is as much information available as you could possibly need and the rangers are so helpful and passionate about the entire area. There are maps and all the information that you would need for exploring the entire national park and of course this drive. 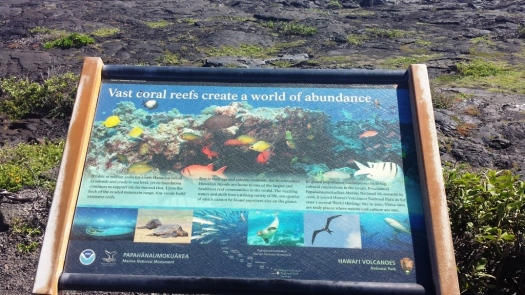 At the end of the road, is where the lava flows in to the ocean. This flow of molten lava has created the Holei Sea Arch. The lava flow from the Volcano has added approximately 500 acres to the Island of Hawaii over the past 20 years. Near the arch, begins a rather long walk-able trail which takes you all the way to the place where fresh lava goes into the sea. This part I can only read about as the trail was far too long for me to try to take on. Just before we reached the Pacific Ocean the road just ends where lava covered it some years ago. It is very surreal to just see a road disappear under rock. 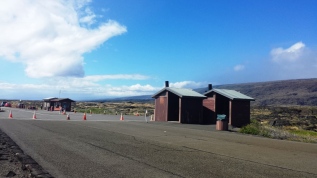 The end of the road

Where the lava meets the sea 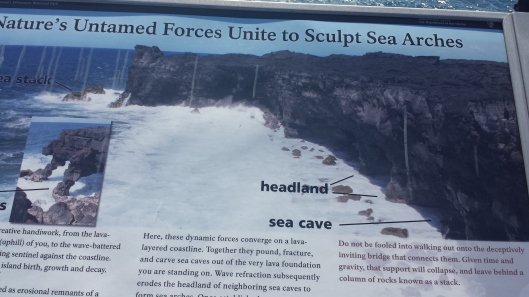 No words and no photos can do this justice!  You have to see it to believe it.

It is exciting, and mesmerizing and just plain fabulous.